Colombia is among the leading Latin American countries with the most ease of doing business according to the Doing Business World Ranking.

It is one of the top-ranked economies in the Latin American and Caribbean region.

It has a government committed to the provision of investment incentives and stability for investors.

The country has an accounting system that provides transparency to businesses.

It holds one of the top positions in terms of trade agreements in Latin America.

It has signed important trade and double taxation agreements with the European Union and the Pacific Alliance, among others. 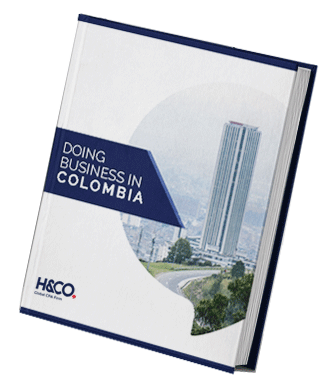 Dividends paid to natural persons residing in the country are subject to income tax.

5%: For some goods and services

Fill out the form to start a conversation about expanding your business with our multi-lingual accounting and tax professionals.